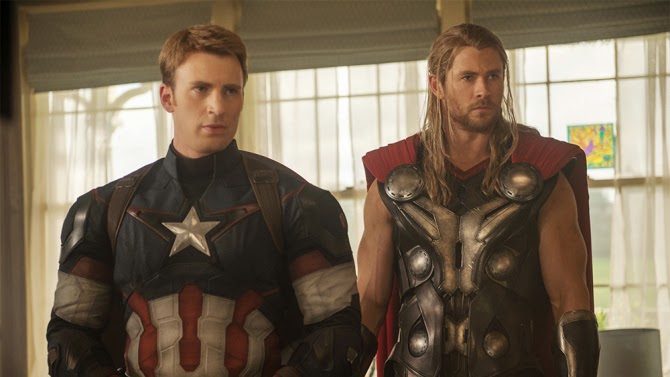 Watch the Avengers TV spot below.
With the May 1 release of Marvel-Disney’s “Avengers: Age of Ultron” only two weeks away, dozens of promotional programs are kicking into high gear.

Target is selling 150 “Avengers” products, including 20 that are exclusive to the chain, including a voice-changer mask. Stores will have a giant Hulk on display — with eyes that follow shoppers.

“We are aiming these for fans, but as much for parents as kids,” noted Rick Gomez, senior VP of marketing. “We pride ourselves on doing original rather than cookie-cutter products.”

It’s a familiar path for Target, which has annual revenues of over $70 billion and has racked up more than 100 licensing partnerships, including with “Star Wars,” Hello Kitty, Marvel and “Frozen.”

For “Age of Ultron,” Target will start running a humorous broadcast spot on April 26 that pits 12-inch Avengers action figures against their newest enemy, Ultron, in a parking lot confrontation centered on a Target shopping cart.

And to further amplify the broadcast story, Target is utilizing Vine, Instagram, Twitter and Facebook to tell a comprehensive narrative, starting with a quintet of videos on Vine on Monday and concluding with a sequel on Instagram.

“We’ve done a lot of campaigns,mbut this one is very different for us,” Gomez said. “It reflects very much the way that people consume media. This is the first time that we’ve had a cross-channel narrative — and we think it positions us as culturally relevant.”