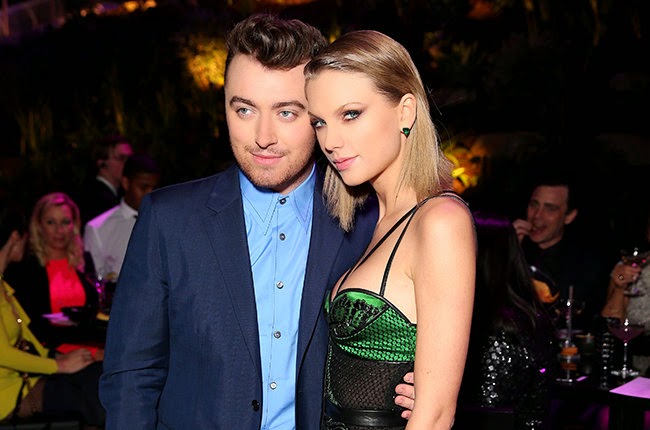 Stay tuned for the full list of finalists today.

When the first five categories for the 2015 Billboard Music Awards were unveiled Tuesday morning (April 7) on ABC's Good Morning America, Taylor Swift and Sam Smith were the clear leaders -- landing in four categories each.

Ludacris -- returning as BBMA host, this time with supermodel Chrissy Teigen -- announced the first batch of finalists on GMA alongside Fall Out Boy's Pete Wentz.

Five of the 41 categories were revealed: top artist, top male artist, top female artist, top Billboard 200 album and top Hot 100 song. The rest of the categories will be announced during a press conference hosted by Teigen and Empire star and recording artist Jussie Smollett later Tuesday, which will include a Twitter Q&A with the pair.

Wentz also teased details of Fall Out Boy's BBMAs performance on GMA: "We're gonna play our song 'Uma Thurman' for the first time on live TV, and our buddy Wiz Khalifa is going to come out and do something with us."

The Billboard Music Awards -- produced by Dick Clark Productions -- will air live from Las Vegas on Sunday, May 17, from 8-11 pm ET on ABC.

Check out the first five categories below, and stay tuned for the rest of the finalists here on Billboard.com.

TOP HOT 100 SONG
Iggy Azalea feat. Charli XCX, "Fancy"
John Legend, "All of Me"
Sam Smith, "Stay With Me"
Taylor Swift, "Shake It Off"
Meghan Trainor, "All About That Bass"