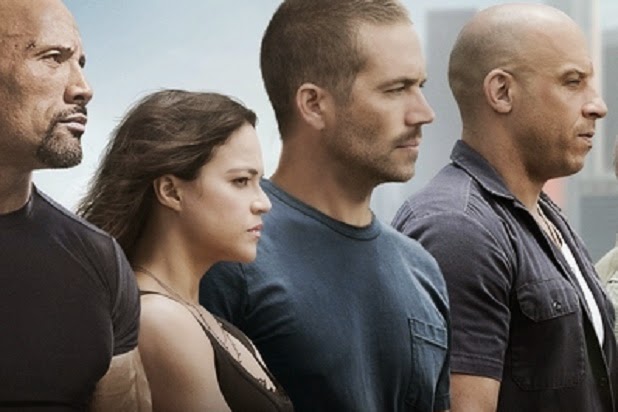 Universal Pictures has announced that with Friday’s theatrical grosses “Furious 7” will cross $1 billion at the worldwide box office. The film is destined to become Universal’s highest-grossing movie ever next week.

Continuing to break records at every turn, “Furious 7” marks Universal’s first film to achieve $1 billion during its initial release, with 1993’s “Jurassic Park” having reached $1.044 billion after its 3D re-release in 2013. With total global grosses estimated at $1.009 billion through Friday, “Furious 7” has earned an estimated $735.2 million overseas in 17 days and an estimated $273.7 million in North America after 15 days.

“Furious 7’s” 17-day climb to $1 billion marks a new record for the fastest film to reach that milestone, as “The Avengers,” “Avatar” and “Harry Potter and the Deathly Hallows: Part 2” crossed $1 billion in 19 days. The only original live-action film franchise to achieve this magnitude of box office success, “Furious 7” has propelled the “Fast & Furious” series past $3 billion worldwide ($3.392 billion).

“We’re incredibly proud to watch ‘Fast & Furious’ take its place as the only original live-action franchise to reach these kinds of results at the box office,” said Nick Carpou, Universal’s president of domestic distribution. “Our cast, filmmakers and all of our Universal and ‘Fast’ family deserve credit for working so hard to make Furious 7 a huge success and we look forward to continuing to watch the film grow over the next few weeks.”

“What started as a small film about the street racing sub-culture of East Los Angeles has become a global phenomenon with Furious 7 shattering records in so many territories around the globe,” added Dylan Clark, Universal’s president of international distribution. “We’re thrilled to celebrate this accomplishment with our colleagues and distribution partners throughout the world, who have made these extraordinary results possible.”

“Furious” 7 has been the No. 1 film at the worldwide box office for two consecutive weeks and opened No. 1 in all 67 markets where it was released including North America.

According to Universal, other “Furious 7” records include: