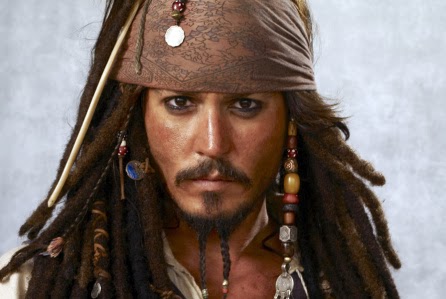 Pirates of the Caribbean 5 : It looks like Johnny Depp is hard at work on the set of the fifth installment in the Pirates franchise, Pirates Of The Caribbean: Dead Men Tell No Tales. Producer Jerry Bruckheimer today tweeted the first photo of Depp as Captain Jack Sparrow. 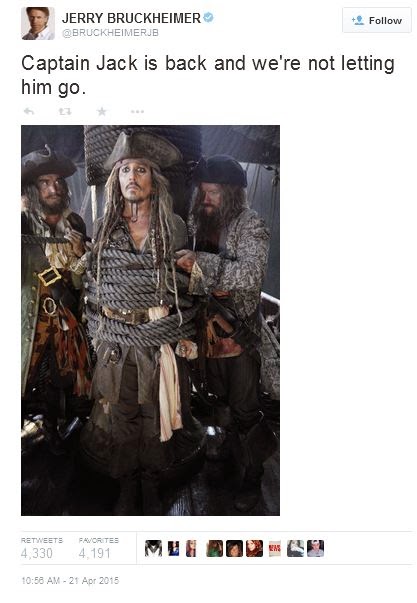 Depp is back in Australia to shoot the pic after a non-set-related hand injury last month that temporarily halted production. Pirates 5 is slated for release on July 7, 2017. Kon-Tiki helmers Espen Sandberg and Joachim Rønning are directing for Disney and Bruckheimer. 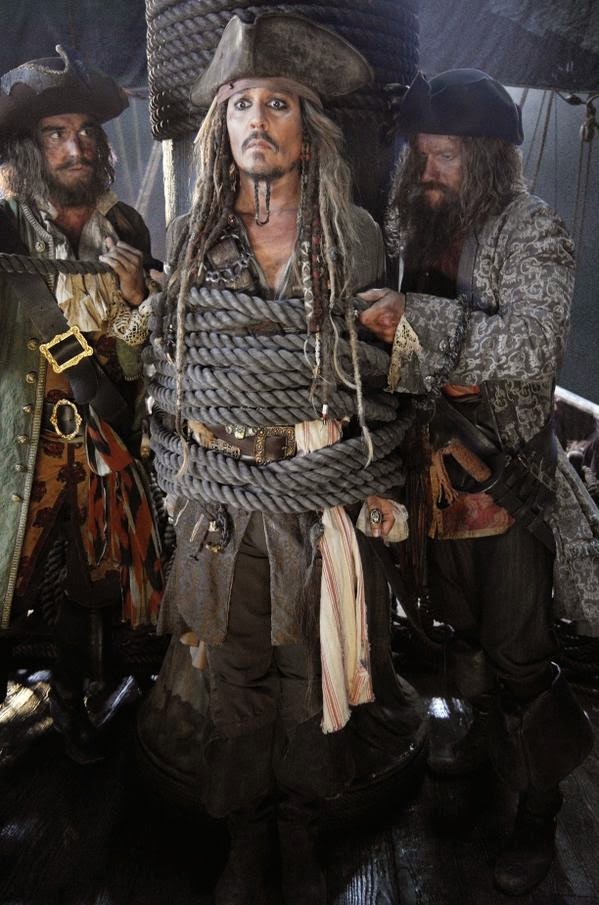