MTV Movie Awards 2015: The Highs, the Lows and the Winners List 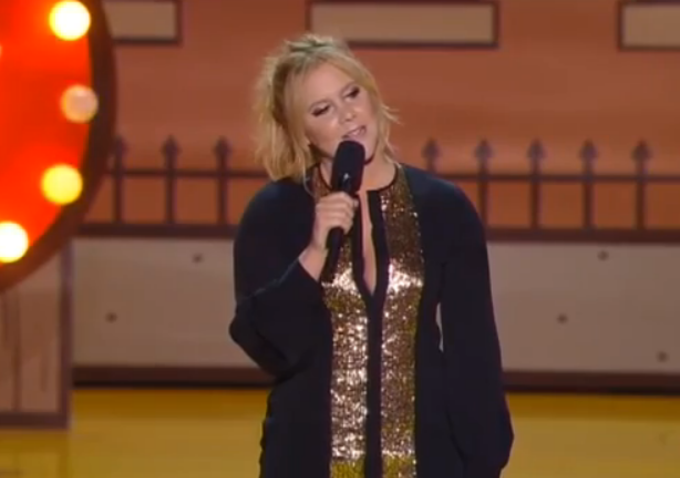 Last night's MTV Movie Awards, for better or worse, gave us one last chance to celebrate the "best" movies of 2015. But there to inject life in this otherwise dull and teen-baiting affair was host Amy Schumer, who emceed with her typically bawdy, aggressively button-pushing comic style. She's right on the cusp of breaking out as a major movie star in Judd Apatow's summer comedy "Trainwreck" — which the comedienne also co-wrote — so enjoy her before she becomes groomed and jaded.

In other news at the MTV Awards, one Meryl Streep picked up her very first "golden popcorn," winning her Best Villain and bringing her that much closer to the lesser equivalent of EGOTing. "The Fault in Our Stars" won big for its star, Shailene Woodley, as did the ribald summer 2014 comedy "Neighbors," predictably.

Here is the full list of winners, plus video highlights including Robert Downey, Jr.'s rather candid takedown of himself--as his fellow Avenger presenters looked on during this youth-demo promo of "Age of Ultron." (And, curiously, what qualifies Rosamund Pike in "Gone Girl" as a "scared-as-sh*t" performance? Fairly certain she was less terrified than everyone else in the film.)

Movie of the Year
“American Sniper”
“The Hunger Games: Mockingjay – Part 1”
“Guardians of the Galaxy”
“Gone Girl”
“The Fault in Our Stars”
“Boyhood”
“Whiplash”
“Selma”