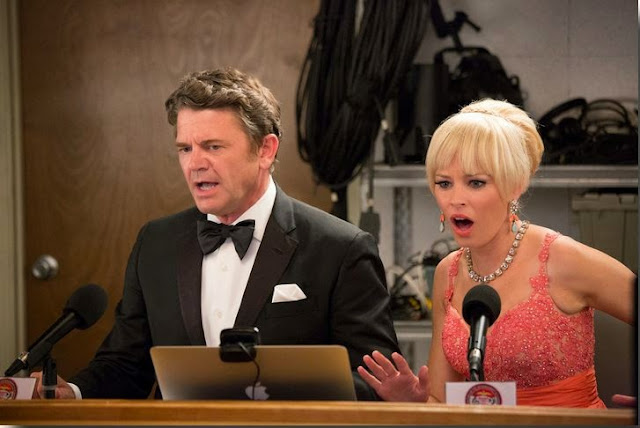 Pitch Perfect 2 arrived with an unusually high quotient of goodwill, owing to the popularity of the original Pitch Perfect, an ebullient musical/comedy made rarely these days. The original film, directed by Jason Moore, made $14.8M in its opening weekend late in September of 2012, going on to earn $65M domestically, a number its sequel surpassed in the last three days alone. Internationally Pitch Perfect did $48M, for a $113M worldwide cume. But when PP1 was discovered on home video the film really hit its aca-stride, gaining the kind of loyal fans who would resurrect Anna Kendrick's audition ditty, "Cups" into a heavy rotation hit, only bested by the movie's even heavier rotation on cable. Universal handed the franchise over to Banks, who produced the first film, to direct, taking a shot with the tyro that probably also had something to do with her producing this one. Though not the near-perfect musical the first film was Uni. has a bonafide hit on its hands.

Over at Warner Bros. they must be heaving a sigh of relief with the same breath they're using to congratulate themselves. Sure they have to settle for 2nd place but they have to be proud that they're spending their weekend defending Fury Road's $44M take and not what could have been a $100M write-off. Rumors abounded that the shoot was troubled (Tom Hardy apologized to director George Miller in Cannes for his behavior on-set) and early test screenings reportedly went poorly. Reshoots were necessitated yet still the studio didn't know what to do with the nearly dialogue-free film. That they ended up with what is being hailed in many circles, from Connecticut to the Cannes Croisette as a classic, one that could propel the franchise down the line, is a testament to testing.