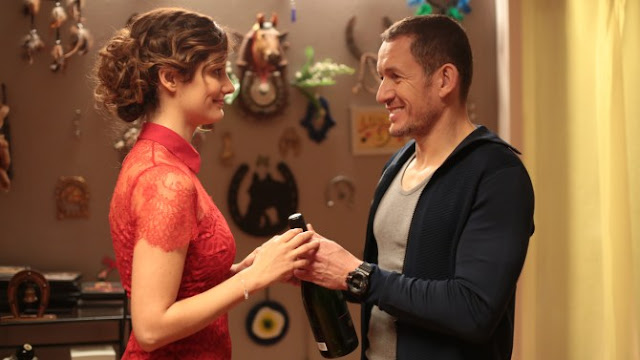 PARIS — “Does anyone have any question?” Dany Boon asked on Friday introducing “Raid, Special Unit” at the UniFrance Rendez-Vous with French Cinema in Paris.

A woman put up her hand and said how much she had enjoyed the film, that she was back to see it a second time.

“Thank you very much,” said Boon, translating her comments into English, then joked : “And that by the way, that is my sister.”

Even when just uttering a few words by way of presentation of a film, Boon still has something of the air, passion and techniques of a stand-up comedian, which is how he began in the entertainment business.

Boon’s fifth feature as a director – he pronounced “fifth” in perfect English, showing the benefits of having established his base in Los Angeles with wife Yael Boon – “Raid, Special Unit” is perhaps inevitably a comedy. It currently rates as very possibly the best received of all big new comedies at this year’s UniFrance Rendez-Vous market, eliciting laughs and final applause as its credits rolled from an audience of foreign distributors at its Paris market premiere.

“Raid: Special Unit” opens Feb. 1 in France In the screen trade, nobody knows anything, William Goldman once famously maintained. That said, it would be a huge surprise, after Boon’s first four films have earned around $250 million in France, if “Raid: Special Unit” were not one of the biggest French titles of the year. Produced by Pathé chief exec Jerome Seydoux and Boon, written by Boon and Sarah Kaminsky, and distributed and sold by Pathé, “Raid: Special Unit” has Boon playing Eugène Froissard, a misogynist elite police operative at France’s RAID, the country’s real-life elite law enforcement unit of the French National Police, who is saddled with, of all indignities, a woman trainee, Johanna Pasquali (Alice Pol) who, to make things worse, is a rookie uber-klutz, though the daughter of France’s Minister of the Interior.

Since his wife left him for his brother, Froissard seems jinxed by bad luck. Together, this odd couple have to frustrate the spectacular armed heists in Paris of Serbia’s Leopard Gang. They end up having to try to pretty much save the world.

Interviewed in Paris by Variety, Boon talked about his deep respect for France’s real-life RAID operatives, why he likes to be funny, his work as a producer, and his next film, “Une Jolie Ch’tite Famille.”