--> Fifth Harmony Is ''Back on the Rehearsal Grind'' Ahead of First Performance Without Camila Cabello - CLSMAG.COM
Powered by Google Ads
Home Celebritys / CELEBS / News 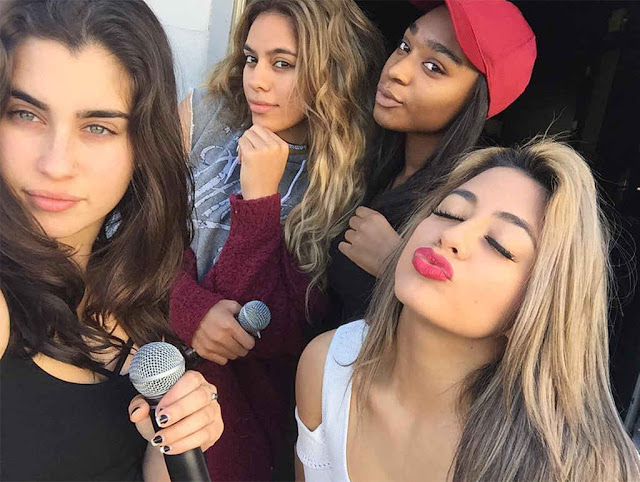 Fifth Harmony is ready to prove they're better off without Camila Cabello.

The "Work From Home" songstresses are set to take the stage at the 2017 People's Choice Awards for their first official performance since Cabello exited the girl group. And on Saturday afternoon, Ally Brooke Hernandez, Dinah Jane Hansen, Lauren Jauregui and Normani Kordeitook a quick break from rehearsal to share a selfie on Instagram.

"Back on the rehearsal grind. Let's do this," they captioned the snapshot. Within minutes, Harmonizers couldn't help but express their excitement for Fifth Harmony's debut as a foursome.

Since announcing 19-year-old Camila was leaving Fifth Harmony in mid-December (and enduring their fair share of he said, she said drama), the remaining members have made a point to stick by each other's sides.
Photos

The ladies released their first official promo photo as a group of four at the start of the new year, which they captioned simply "Twenty Seventeen." Shortly after, we found out they're hitting the studio to record a new album for later this year, per Billboard.

Considering Fifth Harmony won their first People's Choice Award in 2016 for Favorite Group, and received a second nomination in the same category this year, there's no better occasion to welcome them back to the music scene.

Will you tune in to see Fifth Harmony sing their hearts out? Sound off in the comments!
Source