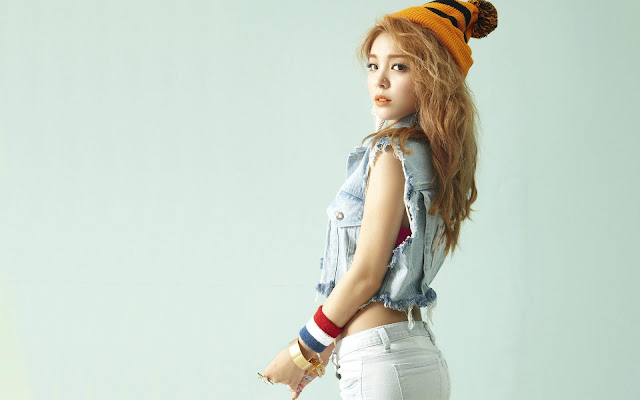 Ailee revealed on a radio show some personal details about her previous dating life.

On February 27, Ailee guest starred on radio show Choi Hwa Jung’s Power Time with Eddy Kim and Ko Young Bae, where she revealed that she realized she didn’t really love one of her ex-boyfriends after she broke up with him.
On this show, Ko Young Bae shared a story of how his girlfriend broke off their relationship by handing him a letter after enjoying a date with him, and that this breakup was one of his most painful and unforgettable ones.
The host, Choi Hwa Jung, then asked Ailee if she also had any unforgettable moments in her love life, to which she explained she didn’t quite have one because she tended to stay friends with the guys she’s dated.

“I just stopped caring about them in that way. I just couldn’t see them as more than a friend anymore.”
– Ailee

Choi Hwa Jung was surprised at her answer, and she explained that this was something she would never understand or be able to do. She then asked Ailee how it was possible for someone to suddenly stop feeling the way they once did after having loved each other for a while.
Ailee responded, “Because I didn’t love them that much” and gave everyone a glimpse into her past dating life.
Whole radio broadcast below!