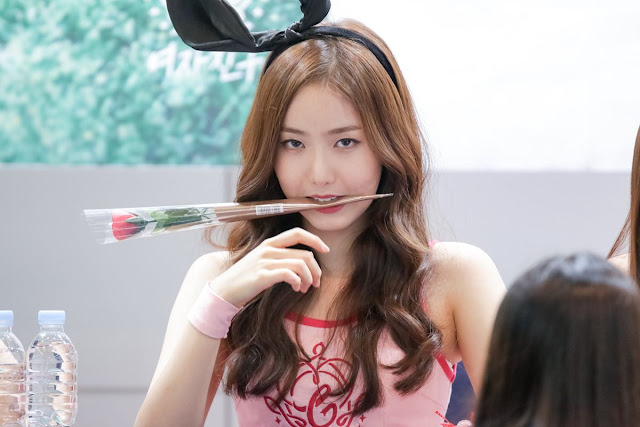 Although G-Friend is known for their cute concepts, group member SinB proved that she can be incredibly sexy as well.

During G-Friend and MAMAMOO‘s collaboration on SHOWTIME late last year, one episode featured the two groups attempting to recreate and imitate each others’ hit songs: Rough and You’re the Best, respectively. During the segment, SinB was tasked with copying Hwasa‘s signature sexy-car look.

While her other group members teased her about her attempt at replicating the MV scene, viewers were overwhelmed by SinB’s incredible scene. Fans who fell in love with SinB’s sexy acting spread the scene online, where it has since gone viral.
The scene was just one of many memorable moments the group created during their time on the show.