Gong Myung, Krystal, Yang Se-jong up for Bride of the Water God 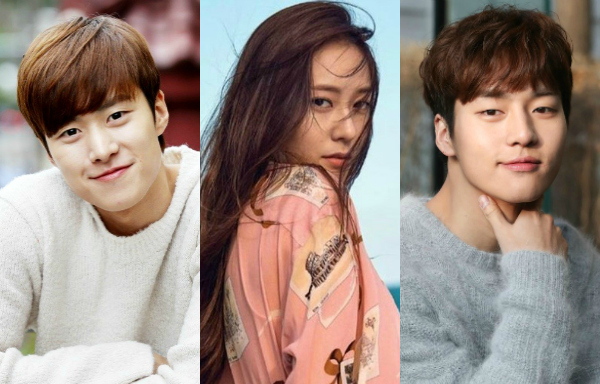 Krystal is up for the second lead, a goddess named Mura from the same realm where Ha-baek the water god is from. In the present-day remake, her character has lived among human beings for hundreds of years, and because of her beauty, she usually lives as an actress. She knows that she’s a god, and because she’s harbored a one-sided love for Ha-baek, she forms an immediate dislike for the heroine who’s always by Ha-baek’s side. I don’t have high hopes for Krystal, though the character sounds like a jealous second lead so I probably won’t be angsty about it if I don’t end up liking her.

Gong Myung has been offered the part of Bi-ryum, a wind god who loves Krystal’s character Mura, despite knowing that she’s in love with Ha-baek. There isn’t much character information about his present-day counterpart in the spinoff, but in the original he’s someone who helps the hero and carries a bittersweet one-sided love. Gong Myung showed potential in Drinking Solo as a puppy with a one-sided crush, so it seems like a fitting role.

Yang Se-jong is up to play Hoo-ye, the hero’s main rival for the heroine’s affections. In the manhwa, Hoo-ye is also a god of water, and he befriends Ha-baek’s bride and incites the hero’s jealousy. The character in the spinoff drama will be the CEO of a resort who falls in love with the heroine. He and the hero will recognize each other as similar beings, which causes further discord. I thought Yang Se-jong seemed way too young to be taken seriously as Yoo Yeon-seok’s rival in Romantic Doctor (Yoo Yeon-seok’s fears for a possible love triangle were so unfounded I thought it was funny), but perhaps the rivalry will work much better opposite Nam Joo-hyuk?

No one on the cast is confirmed thus far. The fantasy romantic comedy comes from the writer of Misaeng and Arang and the Magistrate and the PD of Nine and Queen In-hyun’s Man, and is projected to begin shooting in March for a broadcast later this year.