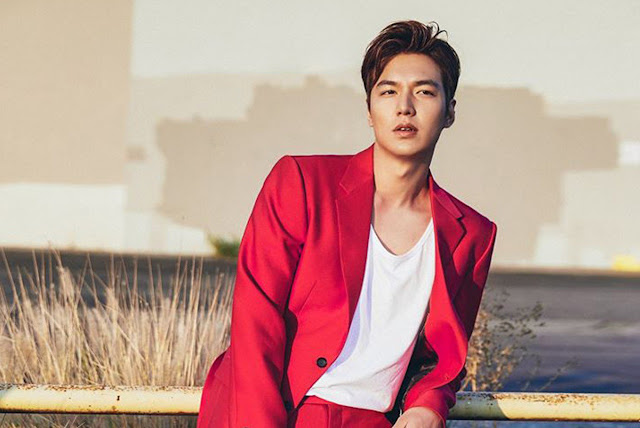 Lee won the prize in the culture sector for boosting Korea and the Korean Wave to the world with his work. (MYM Entertainment/File)

Actor Lee Min-ho was awarded the grand prize at the 2017 National Brand Awards held at the National Assembly Hall in Seoul on Wednesday.
“I traveled around the globe so many times over the past few years. I was so touched to see people (overseas) trying to write or speak Korean to me,” he said at the acceptance speech. “I will further try to contribute to Korea’s brand image.”
The National Brand Awards recognize individuals and corporations for their contributions to enhancing the country’s image. In 2015, actor Kim Soo-hyun and figure skating champion Kim Yuna won the grand prizes.

Lee won the prize in the culture sector for boosting Korea and the Korean Wave to the world with his work. He recently starred in SBS drama “The Legend of the Blue Sea” and is a goodwill ambassador for the “2016-18 Visit Korea Year” promotion.
Golfer Park In-bee, the women’s golf gold medalist at last summer’s Rio Olympics, won the grand prize in the sports sector, with pianist Paik Kun-woo winning the grand prize in the arts sector.