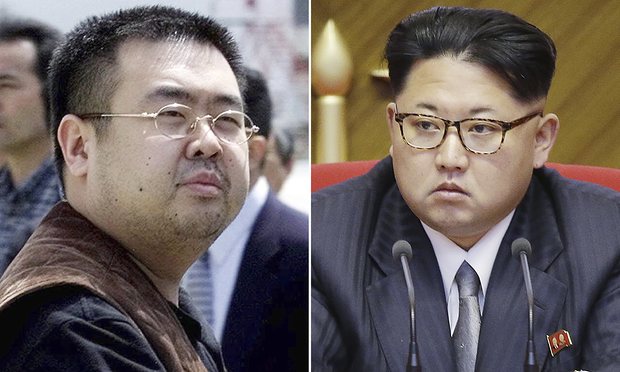 
North Korea has lashed out at Malaysia over the death of Kim Jong-nam, accusing it of having a “sinister purpose” and collaborating with South Korea, which has said Pyongyang agents assassinated Kim Jong-un’s half-brother.

In the first report from state-run KCNA news agency since the attack on February 13, the government accused Malaysia of breaking international law by conducting autopsies on a diplomatic passport holder and withholding the body.

“This proves that the Malaysian side is going to politicise the transfer of the body in utter disregard of international law and morality and thus attain a sinister purpose,” it said.

The article did not name Kim Jong-nam or acknowledge his status as a ruling family member, referring to him only as “a citizen of the DPRK”, the official name of the Democratic People’s Republic of Korea.

It said authorities in Malaysia had initially told North Korean diplomats that the man had died of a heart attack at Kuala Lumpur airport.
Citing a spokesman for a state committee, KCNA said Malaysia quickly changed its position and started to “make matters complicated” after reports surfaced in South Korea that the man was poisoned to death.
Advertisement

“What merits more serous attention is the fact that the unjust acts of the Malaysian side are timed to coincide with the anti-DPRK conspiratorial racket launched by the South Korean authorities,” KCNA said.

The agency also suggested South Korea had somehow predicted the death so it could blame its northern neighbour and push a bellicose agenda.

South Korean authorities had “kicked up a fuss” about the death, the statement read, and showed “an excessive response”, including openly discussing its planned missile program, built to target North Korea.

“This proves that the south Korean authorities (have) long expected the case since it worked out a scenario for it.”

It added: “The biggest responsibility for his death rests with the government of Malaysia as the citizen of the DPRK died in its land.”

A diplomatic meltdown between Kuala Lumpur and Pyongyang has intensified by the day, culminating in a press conference on Wednesday in which Malaysian investigators demanded to question a senior North Korean diplomat.
Kim Jong-nam: jovial half-brother who lived with sword of Damocles over head
Read more

Police have identified a total of eight North Koreans who are believed to be linked to the killing. One is in custody but four fled the country on the day of the attack, authorities say.

Kim Jong-nam, who lived most of his life outside his home country, died from a seizure en route to hospital after complaining that a woman had sprayed chemicals on his face. Leaked CCTV footage show a woman grabbing his face.

Malaysia has refused repeated North Korean requests to hand over the body, asserting that the deceased first needs to be identified by DNA or a next of kin. None has come forward.

“The DPRK will never allow any attempt to tarnish the image of the dignified power of independence and nuclear weapons state,” the KCNA article said.

“It will watch the future attitude of the Malaysian side.”