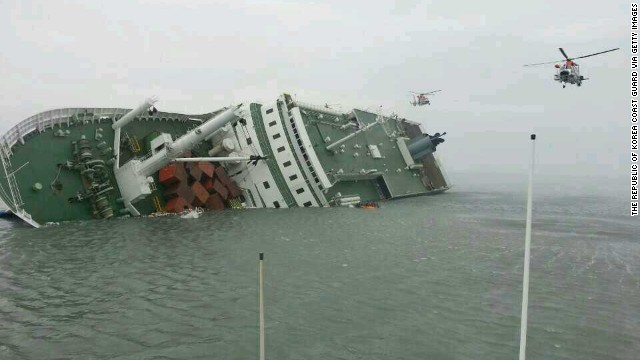 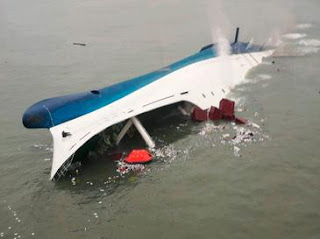 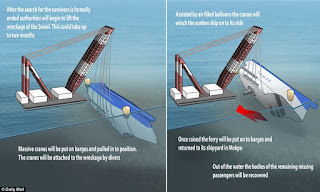 South Korea announced an ambitious plan to recover a ferry that capsized two years ago off its southwest coast,
the first time such an operation has been attempted, authorities said.
The Sewol sank on April 16, 2014, killing 304 people, mostly high school students on a field trip to Jeju island,
off South Korea's southern coast.
Speaking two days before the second anniversary of the ferry's sinking, Yeon Youngjin, deputy minister for the
Marine Policy Office, told journalists Thursday that the ministry has used long-term maritime data to put together
a salvage operation plan, which is projected to finish by the end of July.
The operation will attempt to lift the 140-meter long ferry from beneath the water without having to cut it into pieces.
Doing so will help recover bodies believed to be still trapped inside of it. Nine bodies are still unaccounted for.
The operation work
1. Engineers will attempt to place buoyant "lifting beams" and pontoons underneath the ferry. If the ferry starts breaking apart, recovery experts are expected to halt the process. 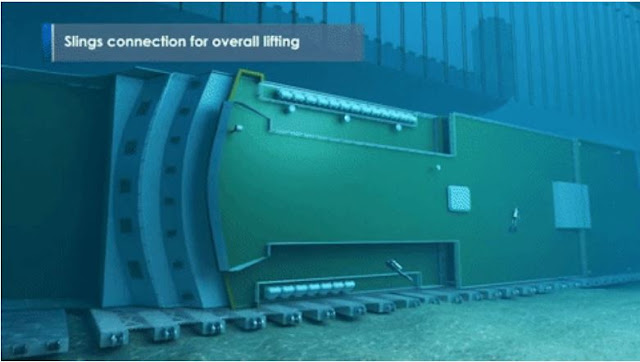 2. Cables or "slings" will be attached to the lifting beams. 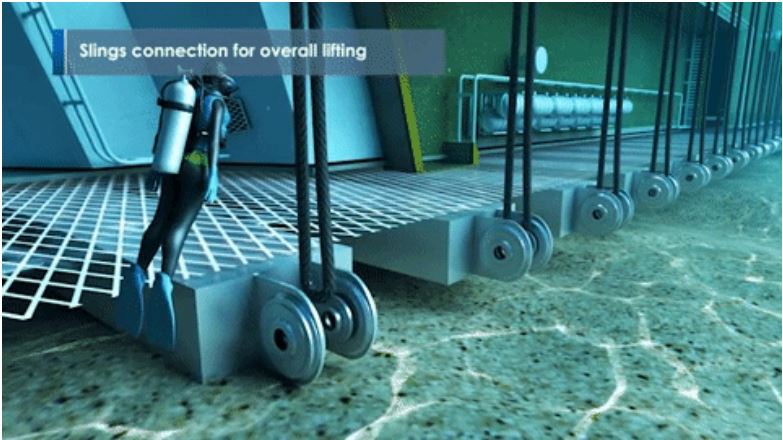 3. Using the "strand jack system" the cables will winch the ship towards the surface. 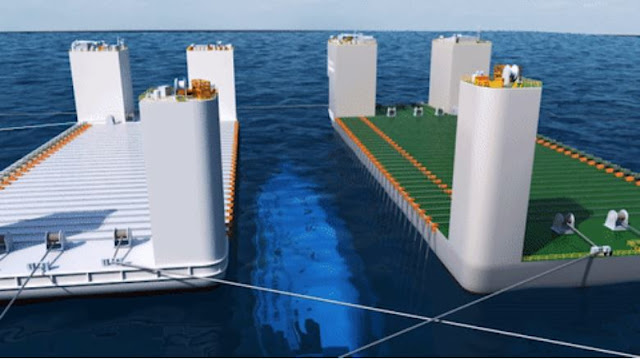 4. The ship will be lifted until it is 13 meters above the water. 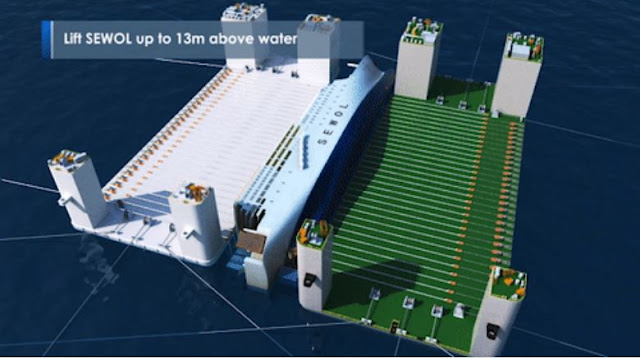 5. It will then be attached to a barge and towed to shore.