There was a pretty unusual Ed Sheeran concert in Cardiff last night.

It featured a wee break - for the star himself!
SPONSORED LINKS
The Shape Of You singer was bursting so much that he had to stop his Saturday night concert because he "needed a pee" after performing his smash hit Galway Girl.

Then three songs later, Sheeran stopped in the middle of singing Photograph, saying "I'm so sorry Cardiff" before running off to the toilet again!

The 60,000 crowd cheered when he returned to the stage and Ed carried on singing where he left off! 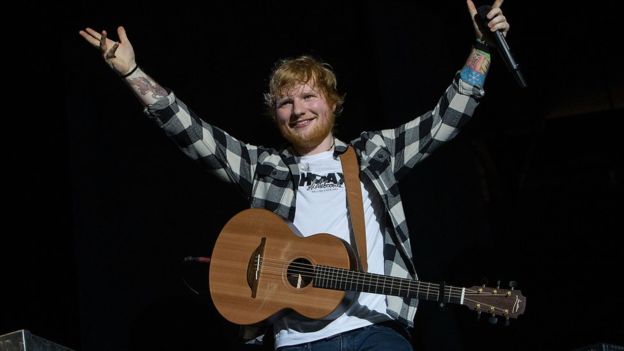 Apparently Sheeran drank loads of bottles of water early on in the hit-filled show.

He told the crowd "I've been gigging since I was 14 and I've never done that!"

Ed Sheeran is the first artist to play four nights at the Cardiff arena one after another.