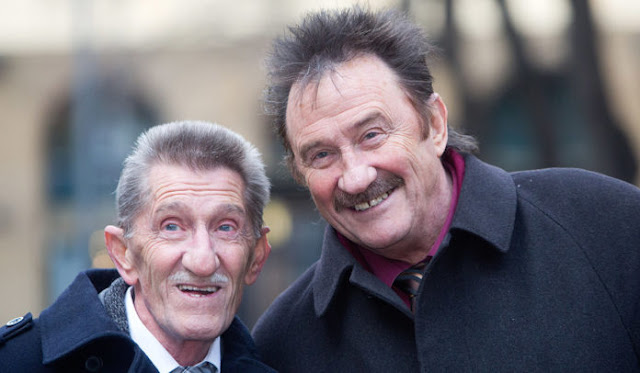 Barry Chuckle, one half of the comedy duo the Chuckle Brothers, has died aged 73.

The television and theatre entertainer, whose real name is Barry David Elliot, is the older brother of Paul Harman Elliott, 70, who he has performed with for decades.

His manager, Phil Dale, announced the sad news in a statement, explaining that he passed away peacefully at home.

Speaking to the Press Association he said, ‘It is with great sadness that the family announce that Barry passed away peacefully at his home surrounded by his wife Ann and all his family.

‘The family would like to express their thanks to the many people who have been fans of The Chuckle Brothers and they know that they will share in part the great, great loss they feel.’

His brother Paul added, ‘I’ve not just lost my brother, I’ve lost my theatrical partner of many, many years and my very best friend.’


The statement continued, ‘There will be no further comment at the moment and it would be much appreciated if the privacy of Barry’s family is respected at this most difficult time.’

Mr Elliott had begun filming a new show during the summer months which was nearing completion.

However, he began feeling sick and was ordered to rest at the request of his doctor.

His health deteriorated soon after.

Originally from Rotherham in Yorkshire, the entertainer’s career has spanned over 50 years after he and his brother Paul won talent show Opportunity Knocks in 1967.

The Chuckle Borthers made a comeback on  Channel 5’s Chuckle Time.