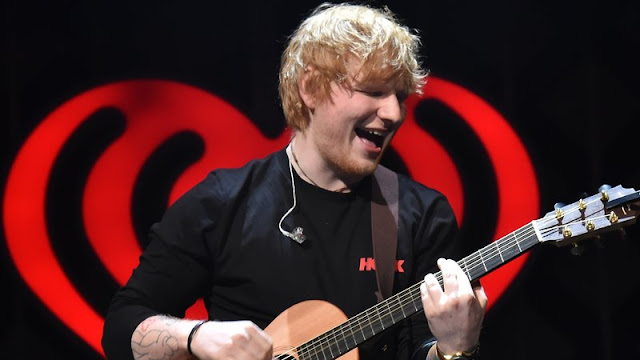 The Big Issue has shared some parts from autobiography of The Who singer Roger Daltrey. The article revealed what he thinks about pop star Ed Sheeran.
He also said that ‘I wish the Gallagher brothers would get back together’. Here’s the statement:

“Young musicians today are much better trained than we ever were. Occasionally you see the sparks, like when Ed Sheeran first played for Teenage Cancer Trust. He is a remarkable young man. To do all that on his own? People think it is easy – is it fuck! And he is a diamond of a guy. We’ve had them all play for us.
Arctic Monkeys are going to be around a long time, and I wish the Gallagher brothers would get back together. My advice to them would be that all the verbal that keeps you in the press – it is today’s version of wrestling. It’s not real, get over it.”
He shared the story of how he made his first guitar and said:

SPONSORED LINKS
“We were a generation of builders who grew up with nothing. Everything had been destroyed by war. When you have nothing – if you want something, you fucking build it. I made my first electric guitar, a copy of a Fender, and we were building a band.
John [Entwistle, bass] joined – we were different characters but got on and he was a genius bass player. Pete [Townshend, guitar] joined, and – fuck me – he was a different class altogether.
He had the ability, through his writing and intellect, to write songs of a different caliber to anyone else. I happily gave up the guitar, it was completely incompatible with being a sheet metal worker.
My hands were cut to shreds after unloading 10 tonnes of steel. So that was the gang. And when [Keith] Moon joined, it was the key to the starter. Vroom. Off it went, like a jet engine. Even then, our energy was different to any other band.”