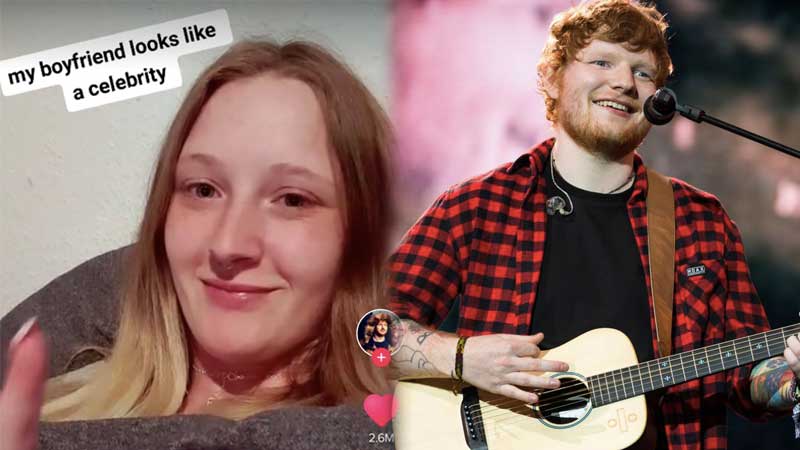 A woman has gone viral on TikTok after sharing a video that shows just how much her boyfriend looks like Ed Sheeran.

The 'I look like a celebrity check' trend on TikTok is one of the most popular challenges at the moment and calls for users to share their celebrity Doppelgangers for comparison.

Others use the challenge to share the celebrity lookalikes that some of their friends or loved ones have.

Possibly one of the most accurate (and terrifying) video to come from the trend, however, was shared by user @edsheerandouble (very fitting) and features a woman showing off how much her boyfriend looks like the Shape of You singer.

We really weren't expecting what we saw and, to be honest, it's a little scary how much they look alike.

These types of posts can often be met with comments like "He looks NOTHING like Ed Sheeran," but most fans were in agreement that it's a rather incredible likeliness.

One person said "He looks more like Ed Sheeran than Ed Sheeran." Another writes "YOU CAN'T TELL ME THAT'S NOT ED SHEERAN!"

Now, although it may look like the man featured is simply falling victim to his girlfriend's love of TikTok, this is not the case. He actually runs the account and often impersonates the singer.

He even plays the guitar (÷ symbol included) and rocks similar glasses and shirts to look EVEN MORE like the star.

This is far too accurate.