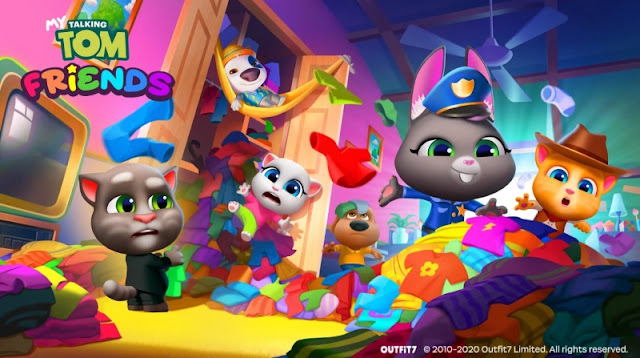 My Talking Tom Friends is launching Thursday as the newest addition in a franchise that has seen more than 13 billion downloads over the past decade.

Yes, you read that number correctly. The 23 different Talking Tom apps and games have been downloaded 1.71 times for every person on Earth. It may be hard to believe, but that’s what Outfit7 CEO Xinyu Qian claimed in an interview today. In the U.S.,

Talking Tom has more than 800 million downloads and 24 million monthly active users. China is bigger than that. The Talking Tom YouTube channel has more than 51 million subscribers and 65 billion video views.

My Talking Tom Friends is a virtual pet game with six zany and cute characters in a sandbox world. In “pre-registration,” the game racked up 12.5 million people saying they wanted to download it. The game becomes available in India first and then goes worldwide on Thursday. Google Cloud will help handle the downloads.

“Talking Tom is already a very big franchise,” Qian said. “Two years ago, we started asking ourselves how we would make it even bigger. We believed that the virtual pets genre could be something revolutionary.”